Dame Mariam Bubaraye Indiamaowei was from Sagbagria community in Kolokuma/Opokuma Local Government Area of Bayelsa State. She was a successful businesswoman in Port Harcourt city and also an impressive school teach that imparted the education sector of old Rivers state.

Mariam Bubaraye Indiamaowei was a resilient and dogged personality from the Niger delta that kept footprints on the sands of time in the educational sector of old Rivers state and Bayelsa state. Most especially, she was a proud Anglican.

Mariam Bubaraye Indiamaowei was a good reference of doggedness and tenacity. Born into a relatively poor family background, even so she was not deterred. She conquered the numerous issues of life that came her way. Against all odds, She went on to having a degree in Educational Psychology, therefore she taught at many schools in old Rivers state and Bayelsa state. Also, Mariam was an astute entrepreneur and business savvy that impacted the business community of Port Harcourt from the 80s. Above all, Mariam Bubaraye Indiamaowei glued herself to the Anglican faith till her demise in 2019. She was 69 years old when she passed on.

Mariam Bubaraye Indiamaowei (nee Ugo) was born on the 24th of April, 1950 into the families of Samuel Ugo Aguari of Egbedani compound of Sagbagria town and Enidougha Isari of Burudani Compound in Okoloba town, all in Kolokuma/Opokuma Local Government Area of Bayelsa state. She was the third daughter and the sixth in the line of her father’s Eight (8) children.

At a very tender age, she was sent off by her dad to live with her big brother; the late Francis Robertson Samuel Ugo. Under his care and sponsorship, in the early sixties, she was sent to St Peter’s Primary School Sagbagria; for her primary education. 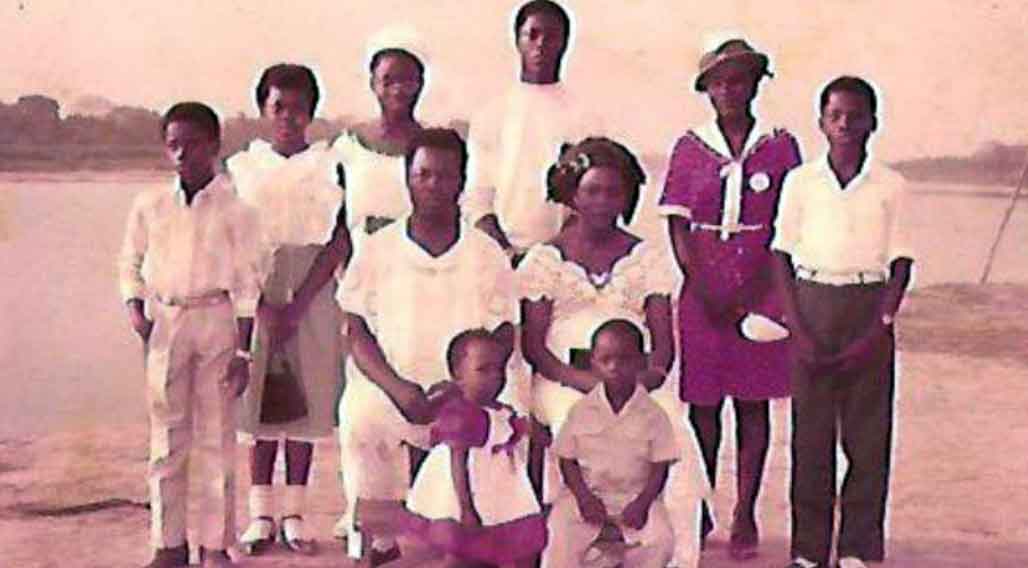 Dame Mrs. Mariam Indiamaowei, while still in primary school, developed an interest in sporting activities such as “track and field” and was very good at it. This resulted in her winning medals for her house (Bishop Ajayi Crowder House) at various sporting events held back then. Unfortunately, due to some financial constraint, her first school leaving certificate exam was put on hold and at the young age of 16, she was married to her husband; the late Engr. Paul William Indiamaowei and together, they relocated to Port Harcourt. In their marriage, they had eight (8) blessed children together.

Years later, after having some kids, her zeal and passion to be educated was rekindled. Thus, with the help of her husband, in 1974, she enrolled into literacy class 6 at an adult education center known back then as M.C. Adult Education Center Diobu Port Harcourt. It was an evening school, hence it made it easy for her to attend classes after her kids were back from school. After one year and with good grades, she obtained her First School Leaving Certificate in 1975. She later proceeded to Government Teacher’s Training College Okodia Zarama where she studied to become a Certified Grade 2 Teacher from 1975 to 1980. She came out in flying colors and the certificate was officially handed over to her in 1985.

Mariam started her teaching career in 1980 and was posted to Township School 1, Moscow Road, Port Harcourt where she taught for several years.

Mariam Bubaraye Indiamaowei was indeed a lover of Education and wanted to go further with it. In this regard, she pushed on and got admitted into Ondo State College of Education Ikere-Ekiti in 1991 and graduated with a Certificate of Education (NCE Primary) in 1993. This was an added advantage as it aided her promotions even as she rose in rank and file. She didn’t stop there, but later gained admission into the Rivers State College of Education, where she studied and obtained a Bachelor of Education degree in Educational Psychology, Guidance and Counseling in 2000.

She had a beautiful career life as a teacher. Mariam Bubaraye Indiamaowei went on to teach in various primary schools both in Port Harcourt and Yenagoa. Due to health challenge, she applied for transfer of service and was subsequently moved to the Yenagoa Local Government Area Authority in 2007 where she worked until her retirement in 2015.

Dame Mariam Bubaraye Indiamaowei was a Woman that was loved and admired by all who came in contact with her. She was indeed a Proverbs 31 Wife. She was cheerful, kind, lively, friendly, always concerned about family and friends well being both within and outside Nigeria; and of course a wonderful helpmate to her husband the late Paul William Indiamaowei.

Of a truth, she was a very hardworking and industrious woman. A trait she was born with! Hence, apart from her career as a civil servant, she loved to do business. She set up OlaEbi Enterprises, a business outfit which was duly registered in Nigeria under the Companies and Allied Matters Act by the Corporate Affairs Commission (CAC) sometime in the late 80s.

Under this business name, she rented a store at the Mile One market in Port Harcourt, were she sold ripe and unripe plantains for many years just to support her husband in the upkeep of her family. Even after she stopped the plantain business, she rented the store to other women as a source of income. In addition, She also bought and sold wrappers from Onitsha to Working class Women in Port Harcourt, all in the late 70s into the late 80s.

Furthermore, she was also a distributor for Port Harcourt Flour Mills, CoCa-Cola and Pepsi Cola. She progressed to become a Government contractor at one time; painting Government apartment buildings in Port Harcourt.

Back then she also acquired sewing skills and as a result, would make clothes for her hubby, children and herself. Through her industrious efforts, she built houses and put them up for rent. 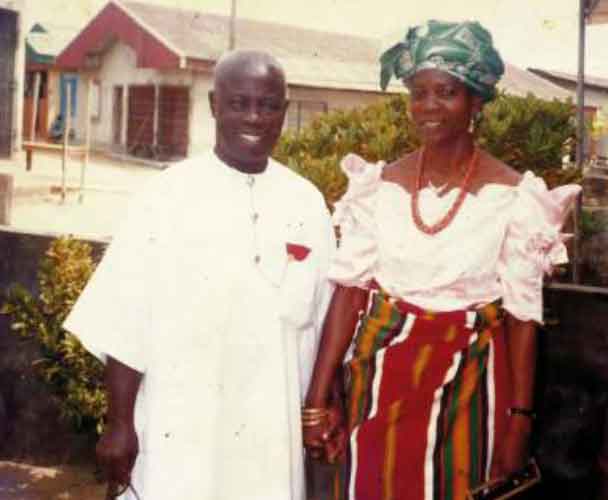 Dame Mariam Bubaraye Indiamaowei was a devout Christian of the Anglican Communion. She believed strongly in God and depended on that faith, she accepted Jesus Christ as her Lord and personal Savior and was also responsible for her husband joining the faith (as he was a Catholic in his early days). Right from her days in St. Cyprian’s Church, Port Harcourt to St. Paul’s Anglican Izon Church, Amarata Yenagoa, she was very active for God and Kingdom advancement. She was in various church groups and played several roles in order to advance the body of Christ in her Parish and beyond.

In 2008 she was made a Lay-reader (those officially called to officiate in a church service and preach the gospel in the Anglican faith) and then on the 5th of June 2011, she was invested as a Knight of the Blessed Virgin Mary by the then Bishop of the Diocese of Northern lzon, late Rt. Revd. Anga Fred Nyanabo.

Dame Mariam Bubaraye Indiamaowei whose hobbies included, cooking, reading, brisk walks and traveling. After her retirement from active service, spent most of her time with her children and grandchildren.

Author
Abalijay
I’ve spent the last 17 years learning everything there is to know about the Information Technology industry – from 2013 to 2017. I’m currently applying this knowledge in my role as Concept Engineer for Himann Webcrafters, where I’m responsible for Websites Development, Data Analysis, and Digital Marketing and which I am not limited to. Timeless Persons website is my project designed to publishing biographies of great minds.

Timelesspersons.com  offers two types of obituaries. One is a free, brief Death Notice listing the name of deceased, date of death and funeral date and place.

The other is a Paid Obituary, costing $120 (N60,000.00), which allows families to publish extended death notice information of their own choice and may include a photograph. Death Notices & Paid Obituaries should be submitted through a funeral home to: info@timelesspersons.com

Smart Web Has It

Timeless Persons have been publishing biographies of great minds from the Niger delta and beyond from 2017. Our mandate is to upload a thousand biographies and also unfolding good history of our yesterday so you don't forget.